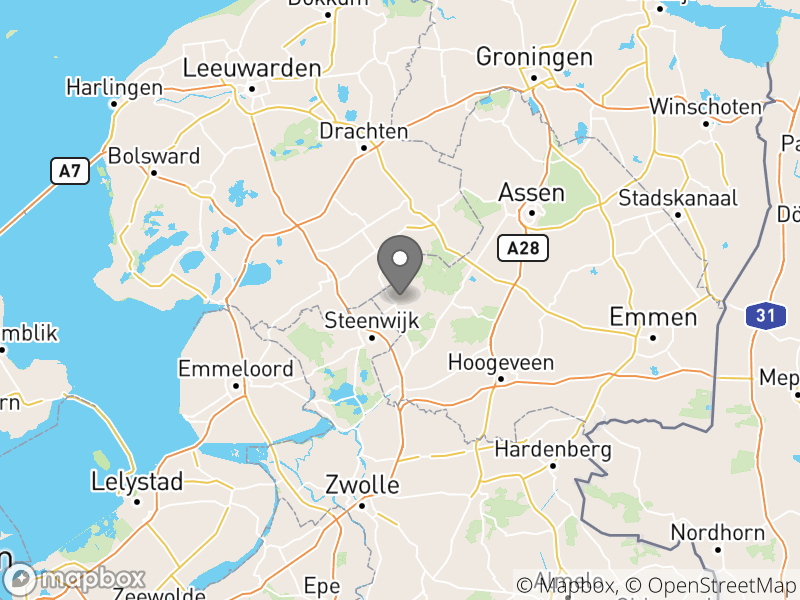 Vledder is a small so called village green in the more rural northeastern part of the Netherlands. The name means “wet place” in old Dutch and has been changed a few times. From Vledder in the 14th and 15th century to Vlederen en Vledderen in the 16th century and then back to Vledder in the 17th century. It is located along the small river Vledder Aa.

As the country is rather small, distance to for example Amsterdam is only 129 kilometer or 80 miles. It covers a total area of only 12,6 km 2  or almost 5 mi 2

Population is a little bit under 2000. From 1812 until 1998 is was an independent municipality with its own city-arms, but now it is part of of the municipality Westerveld

Vledder was mentioned for the first time in a deed from 1402 when the church was founded, but has a history that goes back much further.

Archeologists have found remains of camps of reindeer hunters in the old stone age, some 15000 year ago.

And very close to Vledder a number small burial hills (tumuli) with a total of 318 urns were discovered, which suggests that people have lived there around 1000 BC.

And in Vledder itself remains from houses dating back to 700 have been found.

In 1939 a labour camp was established in Vledder. The unemployed had to help digging trenches, cultivate the land and harvest potatoes.

In 1942 it was used to house Jews as a gateway to Westerbork. From Westerbork the Jews were deported to the infamous destruction camps of Bergen Belsen and Auswitch.

in 1944 it became a camp for the (german controlled) Dutch labour service. In September the resistance raided the camp. 21 men fleed and were hiding themselves. A group of 9 was betrayed, of which 7 were executed. There is a memorial in the centre of Vledder that commemorates  them.